The sixth Conference of the Parties to the WHO Framework Convention on Tobacco Control (FCTC) in October 2014 adopted guidelines on Article 6 concerning price and tax measures to reduce tobacco consumption. These guidelines include six guiding principles and 11 recommendations. This study evaluates the guiding principle 1.4, which claims:

“Tobacco taxes are generally considered to be economically efficient as they apply to a product with inelastic demand. Low- and middle-income population groups are more responsive to tax and price increases; therefore consumption and prevalence are reduced in these groups by greater magnitudes than in higher-income groups, resulting in a reduction in health inequalities and tobacco-related poverty,” see WHO FCTC (2014).

Health inequalities are differences in health status between different population groups. Income is one among many possible dimensions of such inequalities. For example in the EU countries, individuals’ self-reported health status increases with the level of education or income and both factors are clearly related. The reasons for health inequalities range from individuals’ general socio-economic and political context, through to their social position and daily living conditions. This general framework influences individual lifestyle choices, which may include decisions with negative health consequences such as smoking, alcohol consumption, an unhealthy diet, physical inactivity and unsafe sexual behaviour. In this context, the influence of taxes on individual lifestyle decisions is limited and may differ between social groups.

This paper presents evidence on smoking behaviour of different social and income groups, for different countries. It shows that in nearly all EU countries individuals who categorise themselves into the lower-class smoke more than individuals who categorise themselves into the higher-class. An interesting finding from this study is that the difference in the prevalence of smoking between classes increases with the tobacco tax level. Evidence from different high tobacco tax countries – such as the EU countries, the US and Australia– shows that the gap between smoking prevalence of low and high income population groups widened during periods when tobacco taxes increased. Therefore empirical evidence shows that, contrary to the claims of guiding principle 1.4, a tobacco tax increase is more likely to increase health inequalities than to reduce them. 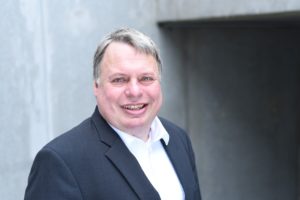